I provide writing and editorial support to marketing and communications officers at organizations working toward sustainable growth, sound environmental stewardship, and promotion of human health and creativity. 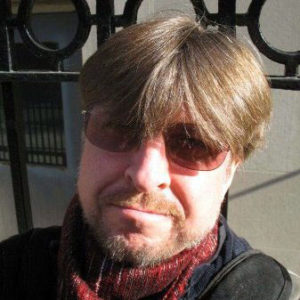 Before I started my freelance business in 2005, I was client liaison and writer for oncology and other biomedical accounts at Ruder Finn, one of the world’s largest independent global communications agencies. Before joining Ruder Finn, I was senior editor and manager of new media at Memorial Sloan Kettering Cancer Center, where I developed content and applications for the center’s websites in consultation with many of the world’s leading cancer researchers and clinicians. I also worked for Scientific American Medicine, United Hospital Fund of New York, Merck & Co., and W. W. Norton.

From Tropical Medicine to Oncology and Back

I was a manuscript editor at Norton in the 1980s when I got my first assignment in biomedicine, editing a new publication about Merck’s basic science research. The first issue reported preliminary findings on Merck’s best-selling veterinary product ivermectin, which was showing potential as a possible treatment for human onchocerciasis—“river blindness”—a scourge of South America and sub-Saharan Africa. That initial experience, and my continuing interest in the ivermectin story as it unfolded to become one of the 20th century’s signal achievements in tropical medicine, encouraged me to pursue a career in science-based storytelling.

To make full use of my consultancy, you may also want to follow my blog posts and Twitter feed as I work to integrate all of these resources into a broad-based platform in support of sound environmental stewardship, sustainable economic growth, and promotion of human health and creativity.

I am a skilled interviewer and researcher, and have special expertise in developing confidential early-stage materials for clients negotiating business development and licensing agreements.

Here are some of the kinds of documents I write:

I also provide copyediting and proofreading for peer-reviewed journal articles, particularly for authors whose first language is not English.

I offer an initial situation analysis and key messages document (based on a 30-minute interview) at a nominal fee to qualified individuals and organizations upon request.

I provide writing and editorial services (including but not limited to key messages, press materials, white papers, website development, and social media campaigns); development and publicity support; and strategic counsel for startups and established groups facing novel opportunities and challenges.

Predictable budgets, even in times of crisis

You can be sure I will strive to resolve your communications problems efficiently and effectively. Because I seek assignments only when I think I can make a uniquely valuable contribution to my clients and their stakeholders, my fees are designed to reflect the best value for your budget.

I believe you will find that I bring the experience you are looking for, the commitment to get the job done, and fresh insight and enthusiasm for the project at hand and your ongoing endeavors.

My terms and fees are available to qualified individuals and organizations upon request.

I maintain my blog here.